“When the servant of the man of God got up and went out early the next morning, an army with horses and chariots had surrounded the city. ‘Oh no, my lord! What shall we do?’ the servant asked. 16 ‘Don’t be afraid,’ the prophet answered. ‘Those who are with us are more than those who are with them.’ 17 And Elisha prayed, ‘Open his eyes, LORD, so that he may see.’ Then the LORD opened the servant’s eyes, and he looked and saw the hills full of horses and chariots of fire all around Elisha.”

At God’s instruction, Elijah picked Elisha to succeed him as the Lord’s prophet in Israel. Elisha requested and received a double portion of Elijah’s anointing! See 2 Kings 2.

In 2 Kings 6, we learn that Elisha was supernaturally intercepting the war plans of the King of Aram. Repeatedly the armies of Israel were warned by Elisha, so every single time the plans of the enemy were thwarted.

The King of Aram was enraged when he learned about Elisha, and finally found out where he was. “Then he sent horses and chariots and a strong force there. They went by night and surrounded the city.” (verse 14). Elisha only had one servant with him. In the natural, they were outnumbered. Or were they?

The servant panicked when he saw how many of the enemy soldiers were there with all their chariots. But Elisha could see into the spirit realm to see the mighty force of warring angels surrounding the enemy. Who was really outnumbered?

If we could see into the spirit realm all around us where the real battles are always raging (see Ephesians 6:10-18), we would know we are always protected and assisted supernaturally!

Thank the Father for His overwhelming superiority over the enemy! Stay on His side. 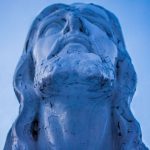 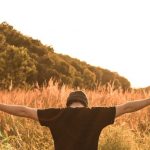