“Elijah went before the people and said, ‘How long will you waver between two opinions? If the LORD is God, follow him; but if Baal is God, follow him.’ But the people said nothing… 38 Then the fire of the LORD fell and burned up the sacrifice, the wood, the stones and the soil, and also licked up the water in the trench. 39 When all the people saw this, they fell prostrate and cried, ‘The LORD—he is God! The LORD—he is God!’”

One of the most interesting and exciting chapters in the Bible is 1 Kings 18. I encourage you to stop and read the entire chapter now.

Elijah exhibited tremendous faith and bravery on Mt. Carmel by facing the 450 prophets of Baal and the 400 prophets of Asherah, who were all supported by the most wicked Queen, Jezebel. This was the time to show all of Israel who was their true, One and Only God, Jehovah, or the false gods of Baal and Asherah. Elijah’s life was on the line.

Elijah challenged the other prophets to a demonstration of power. With the same sacrifice on the two altars, whose God would send fire from Heaven to consume the sacrifice?

The false prophets cried out to their gods, cut themselves, and danced feverishly for hours, but nothing happened. Elijah gave them plenty of time, but finally it was his turn.

After drenching the wood and the sacrifice three times with copious amounts of water, Elijah cried out to the Lord one time, and fire fell from Heaven to consume the sacrifice and all the standing water in the trenches! There was no doubt Who was God in Israel and over the whole Earth.

Spend time with the Father contemplating and celebrating His Power and Majesty. 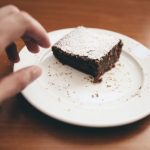 Do Not Remain BanishedDaily Devotional 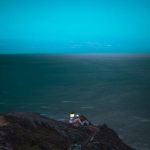