Such a Time as This

“For if you remain silent at this time, relief and deliverance for the Jews will arise from another place, but you and your father’s family will perish. And who knows but that you have come to your royal position for such a time as this?”

The book of Esther contains a tremendous story of protection and deliverance for God’s people. There are elements of grandeur, intrigue, deception, cunning, courage, revenge and victory.

Queen Esther is in a unique position to be used of God at a very particular point in the history of His people. In spite of her own personal danger, with even the possibility of losing her very life, she decides to do what God is calling her to do. She sought the wisdom and favor of God, and He utilized her submitted will and surrendered life.

It certainly appeared that she was placed by God in the right place at the right time so she could choose to do the right thing. Her cousin, Mordecai, was an important man in the kingdom and learned of a secret plot hatched at the highest levels to exterminate the Jews. Circumstances had recently made her Queen, and Mordecai urged her to persuade the King to intervene on behalf of the Jews.

Like Esther, Christians find themselves today in a very dangerous, evil world. Time is short before the Day of the Lord comes. Wherever we find ourselves in life at this moment, could it be that each of our lives were planned by God to be right here, right now, “for such a time as this?”

Tell the Father you are ready to be utilized in His Kingdom work today. Thank Him for pre-positioning you in this most critical time. 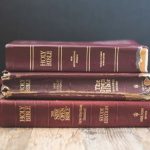 With the Help of our GodDaily Devotional 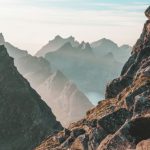 Job did not SinDaily Devotional