Job did not Sin

“At this, Job got up and tore his robe and shaved his head. Then he fell to the ground in worship 21 and said: ‘Naked I came from my mother’s womb, and naked I will depart. The LORD gave and the LORD has taken away; may the name of the LORD be praised.’ 22 In all this, Job did not sin by charging God with wrongdoing.”

The Bible tells us that Job was “blameless and upright; he feared God and shunned evil.” (Job 1:1). There are only a handful of people in the Bible that received such a good endorsement of their life. God had richly blessed him, and the Word says, “He was the greatest man among all the people of the East.” (verse 3).

God was very pleased with Job, saying, “There is no one on earth like him…” (verse 8). Satan sought God’s permission to test Job to try to prove that without all his many blessings he would reject and curse God. God allowed it.

In the space of one afternoon, Job lost all his cattle, sheep and camels; and, even worse, the lives of all of his sons and daughters. Virtually everything that defined his day to day life was taken away. Our passage today records his response to this awful series of tragedies. He did not blame God, and he did not abandon his faith.

God’s people are not promised a life without loss or tragedies, but we are assured of help to make it through tests and trials. Too often people want to blame God, and even walk away from Him, when we ought instead to be running to Him.

Talk to God about whatever storm you face today, and take shelter in His goodness and mercy.

Such a Time as ThisDaily Devotional 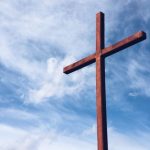 We Need a MediatorDaily Devotional