“My sheep listen to my voice; I know them, and they follow me.”

Jesus always taught using examples even the most common of people would understand. In that day, shepherds were very numerous and people often saw them with their flocks. They knew that sheep were not “herded” in the sense we think of it today. The shepherd did not walk behind his sheep tying to move them forward.

Instead, his voice alone would be used to lead the sheep. They recognized their shepherds voice and would respond to no other voice

It was common during certain times of the year to bring the flocks together at night in a pen, a sheepfold. Several flocks were mixed together. At daylight, each shepherd would stand at the gate and call for his sheep. Only his sheep would listen and follow him out to pasture for the day. They trusted him, and knew they would be safe in his care.

The primary time a sheep would encounter trouble was when they stopped listening for the voice of their shepherd, and thus wandered off on their own. That ought to be a lesson for us.

Put the Word of God deep into your heart. Confess this aloud, and repeat it often today:

“I do follow the Good Shepherd. I listen for Him. I know His voice, and I obey. The voice of a stranger I will not follow.” 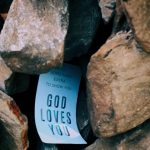 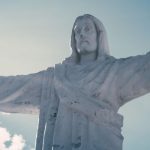