Keep On Keeping On

“Now when Daniel learned that the decree had been published, he went home to his upstairs room where the windows opened toward Jerusalem. Three times a day he got down on his knees and prayed, giving thanks to his God, just as he had done before.”

Daniel’s honesty, integrity and obvious favor with God made those around him uncomfortable and envious. They couldn’t find anything he was doing wrong, so they created a “religious” law designed to entrap, persecute and eliminate him. They persuaded King Darius to pass a law that required people to pray to no god or man except the king for thirty days, else the offender would be thrown to the lions.

Certainly this was somewhat disguised, but it was outright persecution for Daniel’s faith in God. Daniel stood firm for his convictions, kept putting God first in his life as he had always done, was arrested, and thrown in with the lions. Rather than deny God, Daniel quietly and bravely faced death. I am certain you know what happened, but the exciting story in fully contained in Daniel chapter 6.

Persecution of Christians worldwide has been a very serious problem for years, and America is just beginning to see its own examples, although they are not yet anywhere near as severe. The international ministry, Open Door, reported that 1 in 9 Christians worldwide already face high levels of persecution. In 2018, there were 4,136 Christians killed for faith-related reasons worldwide; and, 1,266 churches or other Christian buildings were attacked.

When we are faced with similar persecution, I pray we will all re-double our efforts to keep on faithfully serving God.

Ask the Father for the same type of courageous spirit Daniel possessed. Keep on keeping on! 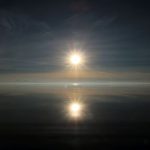 Great is His FaithfulnessDaily Devotional 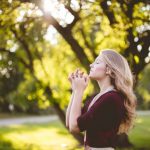