In the Name of the Lord Almighty

“David said to the Philistine, ‘You come against me with sword and spear and javelin, but I come against you in the name of the LORD Almighty, the God of the armies of Israel, whom you have defied. 46 This day the LORD will deliver you into my hands, and I’ll strike you down and cut off your head. This very day I will give the carcasses of the Philistine army to the birds and the wild animals, and the whole world will know that there is a God in Israel.’”

Yesterday we learned how God saw the heart of David before He anointed him as Israel’s future king. Today’s passage shows us something of what God saw in David’s heart – courage, faith and leadership.

David’s brothers, the more likely-looking candidates for king, were among the many Israelite fighting men who had already been intimidated for forty days by Goliath and the Philistines. Jesse sent David as an errand boy to the front lines with provisions for the brothers and gifts for their commanders, wanting him to return with a report. Little did he know how important this “errand” would be for the battle.

David the shepherd boy knew intimately the God of Israel that Goliath was defiling. He had spent plenty of time getting to know God and His faithfulness out in those lonely fields. When he faced Goliath, it was with great confidence in God that he ran towards his giant declaring aloud God’s faithfulness and defending His Name.

Spend time with the Father recalling His faithfulness, power and love. Courageously declare God’s Word, in the Name of the Lord Almighty, over the giants in your life today. Let the world know there is a God in Heaven! 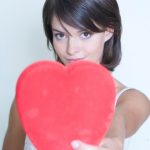 God Looks at the HeartDaily Devotional 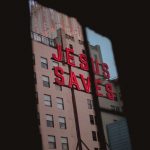