“When David and his men reached Ziklag, they found it destroyed by fire and their wives and sons and daughters taken captive. 4 So David and his men wept aloud until they had no strength left to weep… 6 David was greatly distressed because the men were talking of stoning him; each one was bitter in spirit because of his sons and daughters. But David found strength in the LORD his God.”

While in waiting many years to become King, David had many trials, discouraging times, and close calls that could have taken his life. Clearly, God’s hand was upon him. The passage today describes one of David’s darkest days.

David and his 600 men, and their families, had fled Israel to avoid King Saul into the land of the Philistines to live under Achish, the son of the King of Gath. They were turned away from a battle where they would have been helping the Philistines against Saul and his army because the Philistine leaders did not trust their loyalty.

Upon returning to Ziklag they found their village plundered, burned, and their families had been taken captive by a raiding party of Amalekites. They all wept aloud, and talked of killing David. David went off by himself to seek the Lord, and be comforted from the loss of his two wives.

David encouraged himself and found strength in the Lord, recalled His faithfulness, and received instructions to pursue and retrieve all that was lost. They found their enemies and destroyed them. David brought everything back, including their unharmed families.

Are you in a discouraging time of life? You can find strength in God.

Tell God about your situation, and ask Him for direction. Receive the encouragement of the Spirit. 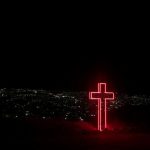 In the Name of the Lord AlmightyDaily Devotional 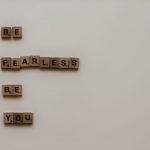