“Surely the Sovereign LORD does nothing without revealing his plan to his servants the prophets.”

It seems God gives us plenty of warning before He does something really significant. This includes, of course, the coming of the Messiah, Jesus; bringing judgment on the land; setting His people free from Egypt, restoring the land after a period of captivity, etc.

Bible teacher, Jack Kelley, believes at least 25-30% of the scriptures were actually prophetic when they were written:

The value of studying prophecies that have already been fulfilled is that they validate God’s promise that prophecies of events still in our future will also be fulfilled. They also confirm that He is who He claims to be; the One who knows the end from the beginning.”1

As you continue to study the Bible, and read the best research by the world’s foremost Christian apologists, your appreciation for the beauty and accuracy of the Word will only keep growing.

Thank the Father for the magnificence of His Word, and its accuracy and relevance over time. 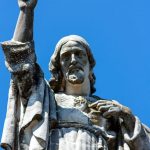 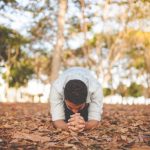