Come to your Senses

“When he came to his senses, he said, ‘How many of my father’s hired servants have food to spare, and here I am starving to death! 18 I will set out and go back to my father and say to him: Father, I have sinned against heaven and against you. 19 I am no longer worthy to be called your son; make me like one of your hired servants.’ 20 So he got up and went to his father…”

One of my favorite Bible chapters is Luke 15. I can really identify with the lost sheep, and the lost coin. I especially see myself in the wayward prodigal son. I recommend you re-read the entire chapter. With which part do you most identify?

Like most of us, the prodigal son thought he knew best how to run his own life. He left his family and, I suppose, went off to “find himself”. For a while, he was living it up with his new friends, but when his money ran out, his “friends” were nowhere to be found. Is this beginning to sound personally familiar?

As a Jew, he was never to be around pigs, but the only job he could find was slopping the hogs, so now he had also abandoned his faith. It was here that he finally came to his senses.

He knew he still had a home, so in true repentance he made a decision to turn back, humbled himself, and asked forgiveness. His father lovingly received him, no questions asked.

Tell the Father you realize you have made many mistakes, but you are ready to repent and come home. He loves you. He’s been patiently waiting to welcome you. 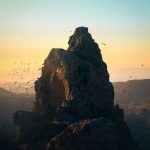 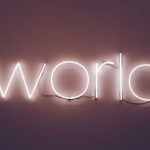 Call Upon The LordDaily Devotional