Be Baptized in the Spirit

Jesus said, “For John baptized in water, but in a few days you will be baptized in the Holy Spirit.”

When I was still incarcerated I saw several Christians who were released before me leave, only to return to prison within a year or so. I had also heard of others who had been following Jesus in prison with me that, after their release, fell away from their relationship with Jesus Christ and returned to “the world”. I don’t know if they returned to a physical prison, but they returned to their emotional and spiritual prisons from which they had once been set free. I know most of them had every good and honest intention to keep walking with Him, but many were powerless to resist old habits, places, and people.

Since I have been released, however, I know personally many former offenders who were transformed in prison, and who are still walking in Christ many years later. They are strong soldiers in God’s army. I have seen God working in the lives of their families. I have seen them continue to prosper and experience the abundant life Jesus came to give us (John 10:10). Many have their own effective ministries now. Broken relationships have been restored. Broken hearts have been healed.

The baptism of the Holy Spirit makes all the difference!

Ask the Father, through Jesus, to give you more of Him, and His power to live a sanctified life, by baptizing you in His Holy Spirit. 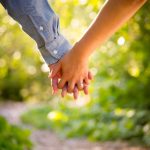 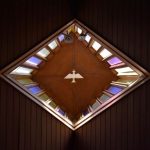