“The LORD spoke to Manasseh and his people, but they paid no attention. 11 So the LORD brought against them the army commanders of the king of Assyria, who took Manasseh prisoner, put a hook in his nose, bound him with bronze shackles and took him to Babylon. 12 In his distress he sought the favor of the LORD his God and humbled himself greatly before the God of his ancestors.”

Manasseh, son of King Hezekiah, became king when he was only 12 years old, and he reigned in Jerusalem fifty-five years. The Bible said he did more evil than all the nations God destroyed before the Israelites (verse 9).

Today’s passage makes the point that God spoke to Manasseh and his people, but they would not listen. Sometimes, God uses cruel and unusual circumstances to get our attention. Generally, something bad happens as a direct consequence of poor choices and sin. God had Manasseh taken prisoner and bound in shackles and chains. For some of us, this seems familiar?

But wait! God’s plan must have worked because, from prison, Manasseh turned to God, repented, and prayed. God heard his plea, was moved by his heart, and brought Manasseh back to Jerusalem. 2 Chronicles 33:14-20 describes a totally converted, “sold-out to God”, good king, who had truly humbled himself, and then served God the rest of his life.

What a miraculous turn-around! “Jail-House Religion” was “the real thing” for Manasseh.

Can you relate? I can.

Thank the Father for the way He used circumstances to get your attention. Thank Jesus for paying the price to redeem you from the slave market of sin. Ask the Holy Spirit to help you stay humble. 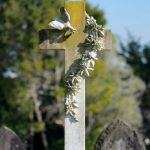 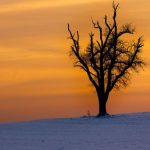 There was no RemedyDaily Devotional