“He did what was right in the eyes of the LORD, but not wholeheartedly.”

Two days ago, our devotion was about being fully committed to God. Perhaps you could take a few minutes to review the devotional for November 17?

Today’s verse takes this idea a little further, but with someone who is an example not fully committed to the Lord. King Amaziah was only 25 when became king, and today’s verse is a disturbing introduction to his twenty-nine year reign. “He did what was right in the eyes of the Lord, but not wholeheartedly.”

As you study the entire chapter 25, you find that Amaziah was prideful in the way he assembled an army. Instead of relying on God’s people, he hired mercenaries who ended up betraying him, killing 3,000 people, and carrying off much plunder.

Then, after winning a battle, he was unfaithful to God and brought back the idols of the foreign gods from the defeated people. Amaziah was very stubborn, and would not listen to the counsel of the Lord’s prophet (verses 16 and 20). He knew “what was right in the eyes of the Lord”, but he wanted to do things his way, with only feeble attempts to follow God.

He was prideful, unfaithful, stubborn, unhearing, halfhearted, and self-centered. Unfortunately, this might describe many who claim to be part of the Body of Christ today.

As the Day of the Lord is fast approaching, let us re-commit ourselves to seeking God wholeheartedly, humbly, faithfully, and attentively in a commitment to our faith that is self-denying and Christ-centered!

Tell Father God you know He is worth your wholehearted devotion. Ask the Holy Spirit to help you identify any areas in your life that are not yet fully committed to God. 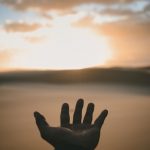 Seek Help from the LordDaily Devotional 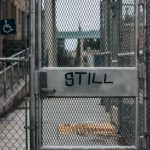