“Jesus answered, ‘I am the way and the truth and the life. No one comes to the Father except through me.’”

As I consider this scripture, I am convinced Jesus is the one and only way to a particular destination; and, the destination is the Father. Truth and Life reside in Him. Jesus, the Son, perfectly represents and reveals the Father.

In the Old Testament, God had been revealed as Provider, Protector, Judge, Healer, Avenger, and Shepherd, as well as other roles; but, He was not revealed as “Father”. His people, Israel, did not know Him in this way.

When Jesus came as the Son, He could introduce God as “Father”. Jesus many times said things like, “I and the Father are One”, “If you’ve seen me you’ve seen the Father’, “I only do what I see the Father do, and I only say what I hear the Father say.”

Jesus came to restore us to relationship to the Father – the same intimate relationship Adam and Eve had. Jesus is Truth. He is Life. And He is the only Way to Father God!

If you died today, are you certain of your destination?

Thank the Father for His Son, Jesus. Ask the Holy Spirit to help you better comprehend the love and character of the Father. The Spirit will point you to Jesus. He reveals the Father.

He is a Good, Good Father. 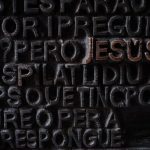 Meditate on the WordDaily Devotional 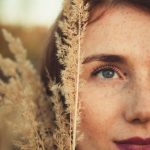 Fruit of the FleshDaily Devotional