“For these are rebellious people, deceitful children, children unwilling to listen to the LORD’s instruction. 10 They say to the seers, ‘See no more visions!’ and to the prophets, ‘Give us no more visions of what is right! Tell us pleasant things, prophesy illusions. 11 Leave this way, get off this path, and stop confronting us with the Holy One of Israel!’”

In today’s passage, God was speaking through Isaiah about His Israelite children. In fact, He begins chapter 30 by saying, “Woe to the obstinate children…to those who carry out plans that are not mine…” (verse 1). His children didn’t listen, and they were eventually attacked by godless nations, carried off into captivity, and finally scattered among the nations.

In the body of Christ, Paul warned that in the last days, “For the time will come when people will not put up with sound doctrine. Instead, to suit their own desires, they will gather around them a great number of teachers to say what their itching ears want to hear.” (2 Timothy 4:3).

My heart breaks for so many in America who are sitting under false Shepherds eagerly hearing messages that tickle their ears and condone sin. America does not want to be confronted with Biblical truth because it is offensive to their sensibilities and lifestyles.

God punished His children before. How shall we escape?

Pray that a spirit of repentance and revival will overcome our nation, and that everyone will relentlessly pursue truth and holiness before it is too late. 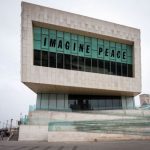 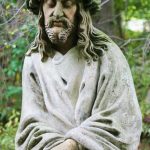 This is the WayDaily Devotional