“So he got up and went to his father. But while he was still a long way off, his father saw him and was filled with compassion for him; he ran to his son, threw his arms around him and kissed him. 21 The son said to him, ‘Father, I have sinned against heaven and against you. I am no longer worthy to be called your son.’ 22 But the father said to his servants, ‘Quick! Bring the best robe and put it on him. Put a ring on his finger and sandals on his feet. 23 Bring the fattened calf and kill it. Let’s have a feast and celebrate. 24 For this son of mine was dead and is alive again; he was lost and is found.’”

After the prodigal son finally came to his senses, he turned around and started home. I love how Jesus said, “his father saw him while he was still a long way off and was filled with compassion for him.”

The son was welcomed home, not as a servant who would have to work for acceptance; but still as the son he was, and never stopped being, fully restored to the father by grace in love.

The robe represents righteousness. The ring represents authority. Shoes represent son-ship, not servanthood. Immediate acceptance and restoration. What a marvelous act of grace, mercy and love on the father’s part.

Our Heavenly Father is the same way. And I am so very thankful He saw me while I was still a long way off. Is He still looking for you?

Thank the Father for accepting you as a son or daughter. Think about His mercy and love towards you. 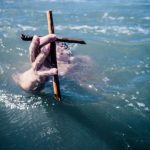 Without Hope and Without GodDaily Devotional 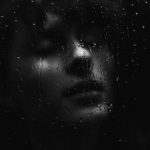 Out of the Slimy PitDaily Devotional