“The Spirit clearly says that in later times some will abandon the faith and follow deceiving spirits and things taught by demons. 2 Such teachings come through hypocritical liars, whose consciences have been seared as with a hot iron.”

As believers, the Holy Spirit wants to train our conscience to choose holiness which glorifies God, and reject deceitful philosophies that glorify self. Paul warns Timothy that some Christians will abandon their faith in the last days.

Having once investigated “new age” philosophies before I came to Christ, as well as Hinduism and Buddhism, I remember that they had in common the appeal to self; for example, self-improvement, self-enlightenment, self-image, and self-consciousness.

This prideful focus on self begins to sear the conscience towards the things of God. Someone who is self-conscious cannot at the same time be God-conscious. Hypocritical teachers with a seared conscience will tend to elevate “self”, and misapply scripture to provide for self-justification of sin. Beware.

Trying to improve our “old man” and becoming more self-dependent, rather than depending on the Holy Spirit to mold our “new man” in Christ, is emphasizing worldly principles suggested by deceiving spirits and taught by demons.

Tell the Father you want to maintain a good conscience properly led by His Holy Spirit. 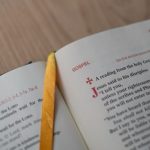 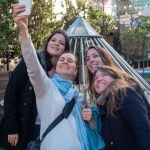