“Then Ananias went to the house and entered it. Placing his hands on Saul, he said, “Brother Saul, the Lord—Jesus, who appeared to you on the road as you were coming here—has sent me so that you may see again and be filled with the Holy Spirit.” 18 Immediately, something like scales fell from Saul’s eyes, and he could see again. He got up and was baptized…”

I suggest you also read this account of Saul’s conversion in Acts 22:1-11.

After his Damascus Road encounter with the Living Lord Jesus, Saul must have immediately become a Believer, for he did not argue with Jesus, and got up to do what he was told. Another indication of conversion was, in Damascus, he chose to begin a complete fast of food and water, in spite of how helpless he must have felt due to his blindness.

He was seeking spiritual enlightenment by fasting (verse 9), which led to much prayer (verse 11). Jesus, in answer to Saul’s prayers, sent Ananias to lay hands on Saul to receive the Holy Spirit knowing he would need this power to proclaim the name of Christ to the Gentiles (verse 15).

Something like scales fell from his eyes and he could see. He began to preach that Jesus is the Son of God (verse 20)!

Ask the Father to open your eyes to the power of the Holy Spirit. 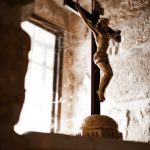 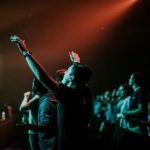 The Spirit is for EveryoneDaily Devotional