“Don’t let anyone deceive you in any way, for that day will not come until the rebellion occurs and the man of lawlessness is revealed, the man doomed to destruction. 4 He will oppose and will exalt himself over everything that is called God or is worshiped, so that he sets himself up in God’s temple, proclaiming himself to be God.”

Before the Day of the Lord, Paul tells the “man of lawlessness” will be revealed. Many believe he is referring to “the Antichrist” who will deceive most of the world. I am the first to admit I am not a prophecy expert, but apparently the Antichrist will be aided by the False Prophet.

Endless speculation exists as the whether we see these two on the world stage today, and who they might be. Regardless of specifically who it is, we are warned not to be deceived.

This man will “exalt himself over everything that is called God or is worshiped.” There are a few world leaders now that basically assume this position among their own people, but we will see this man have influence on a worldwide basis.

In Israel, there is a specific group of dedicated, religious Jews who have been planning for many years to rebuild the Hebrew Temple. My understanding is that they are preparing the way for the coming of Messiah; but, Christians believe Jesus the Messiah has already come, and is coming again. Apparently, the rebuilt Temple will be the stage for the antichrist to proclaim himself as God.

Don’t let anyone deceive you.

Ask the Father for discernment from His Holy Spirit to continue to seek, believe and remain in, the Truth Who is Jesus. 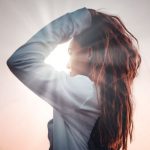 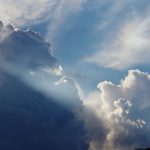