“Return to your fortress, you prisoners of hope; even now I announce that I will restore twice as much to you.”

I abandoned my son, Andy, when he was only two years old. Pride, selfishness and self-deception took me on a path to total destruction.

Until he was twelve, I stayed in touch and spent time with him somewhat regularly during the years, but I was in large part absent from his life. From age twelve to age twenty-four, I saw him only once. I was too involved in a life of sin and self to care, and too “stuck on stupid” to change.

After I was saved in prison, I began writing him every month but never heard from him. I continued to write anyway. I prayed for restoration of our relationship regularly.

One year after my release from prison, God arranged for me to be able to go for a ministry-related meeting to the city where Andy lived. I had reached out to Andy by text since he never answered my calls. He responded to a text! We had a marvelous reunion, and he told me he had saved every one of my letters.

Today, God is still continuing to restore our relationship, and I am patient to wait in faith. In the eight years since my release, I have been with him about five times. He doesn’t yet contact me, but he sometimes responds as I continue to reach out to him. Today is his birthday.

Don’t give up on family relationships. God can and will restore in His time. Be patient and faithful.

Thank the Father that He will deliver on His promise to restore your family. Keep your eyes on Him. Let Him work on their hearts as he transforms you. 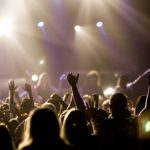 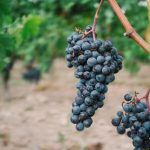