Drunk in the Spirit

“These people are not drunk, as you suppose. It’s only nine in the morning!”

“Do not get drunk on wine, which leads to debauchery. Instead, be filled with the Spirit, 19 speaking to one another with psalms, hymns, and songs from the Spirit. Sing and make music from your heart to the Lord…”

At Pentecost, the 120 dedicated, obedient followers of Jesus were so overcome with the power of the Holy Spirit that they acted and sounded like people who were drunk! Most of us have been to parties in our old way of life where there was an overabundance of alcohol. We can all attest that a person definitely behaves and talks differently when they are “under the influence”.

Peter assured them these were not drunk in the usual sense of the word, but referred to the last days’ prophecy of Joel 2:28-29 (see June 12) indicating that the power of God’s Spirit was being poured out. Part of the manifestation was in their speech, but I am certain there were other indications of unusual early morning behavior as well, such as thanking God, praising Him, and singing from the depths of their spirit songs never heard or learned before.

Paul exhorts the Ephesians not to be drunk in the usual sense of the word; rather, instead of being full of alcohol, they should be full of the anointed, powerful Spirit of God. When we are, Paul says, what we are full of will overflow!

Ask the Father to fill you with His anointing that it will overflow in natural ways to give glory to Him.

Be filled with, and under the influence of, the Spirit today! 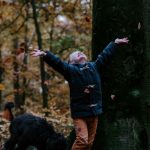 Falling in the SpiritDaily Devotional 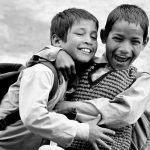