Can God Use You?

2 Samuel 12:9
(God said to David) “Why have you despised the commandment of the LORD, to do evil in His sight? You have killed Uriah the Hittite with the sword; you have taken his wife to be your wife…”

Throughout the entire Bible, time after time, we find God using some of the most unlikely people to accomplish His will to advance His Kingdom. He has used murderers, adulterers, thieves, lowly shepherds, hated tax collectors; and, a lot of them had, at one time or another, been in some form of confinement or captivity.

But these men repented, committed their lives to God, and cried out to Him from their own miserable circumstances. People like Peter, Paul, Samson, James, John the Baptist, Joseph, and Jeremiah had been incarcerated just like us. Leaders like Moses, David, and Jacob – who were once murderers, adulterers and thieves – were used mightily once they called on God and turned their lives back to Him. Even Jesus was arrested and put on trial.

God does not care about your record. Unlike men, God does not discriminate against the down-trodden, the lowly, the forgotten – we who are labeled as felons, prisoners, convicts and inmates.

Yes, God can use even me and you.

Confess your sins to God. He already knows anyway. As you truly humble yourself before Him, thank Him for His forgiveness found in Jesus Christ alone. Be real. Have an honest talk with Him.

Ask God to use you in His Kingdom. 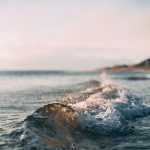 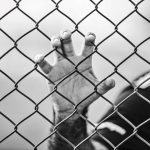