A Snake on a Pole

In the wilderness, the Israelites often expressed impatience with God by grumbling and complaining against their leaders, Moses and Aaron, as well as God Himself. As we learned on October 1, God is not pleased when we do this. For example, see Numbers 14:20-23.

In this instance, the people had said, “Why have you brought us up out of Egypt to die in the wilderness? There is no bread! There is no water! And we detest this miserable food!” (Numbers 21:5). God responded by sending venomous snakes among them that bit the people and many died.

In response to the people’s repentance, and the prayer of Moses, God instructs Moses as we see in verses 8-9 of today’s passage. Anyone who, in faith, looked upon the upraised bronze snake, lived.

Before Jesus went to the cross, he twice referred to this very story in declaring that the Son of Man would be lifted up, and everyone who believes would have eternal life (John 3:14-15). He said when He is lifted up He would draw all men to Himself (John 12:32).

All of humanity has a sentence of death upon them due to their sin, and their only hope is to gaze with faith upon the One Who is lifted up, Jesus.

Speak to the Father about your faith in His Son, Jesus, Who was lifted up for you. Look upon Him and live forever. 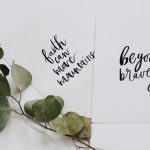 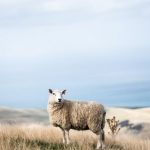 Sheep Without a ShepherdDaily Devotional