“…we take captive every thought to make it obedient to Christ.”

One of the most important things I had to learn in order to remain free from addictions, resist temptations and overcome depression was how to “take my thoughts captive to the obedience of Christ”. See 2 Corinthians 10:3-5.

As Joyce Meyers described, the battlefield is in the mind! Sometimes it may seem we fight against impossible odds. The enemy wants you to believe it is always a battle, and it is always uphill. But I want you to know that God has already provided the victory and it is relatively easy to maintain it. Do you want to know the secret?

We often hear people say “resist the devil and he will flee” (James 4:7b), but many don’t realize that the enemy does not have to flee if you don’t first “submit to God” (James 4:7a); and then, after resisting the devil and his demons, we must “draw near to God so that God draws near to us” (James 4:8).

So the secret I have learned is to “submit to God” first as soon as I discern the enemy’s attack when he tries to plant his deceitful lies and thoughts in my mind. By submitting first to God I can successfully recognize and resist the wrong thoughts, and take them captive by rejecting them and filling my mind instead with the thoughts of God.

Ask the Father to give you wisdom and power by His Holy Spirit to take wrong thoughts captive in obedience to Christ.
Submit to God! 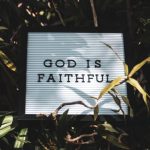 Your Old Man is DeadDaily Devotional 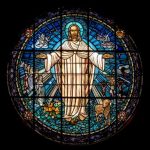