“God opposes the proud but shows favor to the humble.”

Often times we do not want to admit we were wrong. This is usually because of our pride. God hates pride, and opposes those who insist on walking in it. If we hold onto it, we set ourselves up for a destructive fall.

In my sin, I had in one way or another offended all my family and friends. I had pushed or driven everyone away. As I began to learn about forgiveness, I sensed that I needed to get past my pride so that I could humble myself to ask forgiveness from the ones I had offended who I could go ahead and contact from inside prison. At first, it was my two older brothers and my younger sister. I felt a burden begin to lift off of me as I wrote and mailed those first letters asking for forgiveness.

It was a great experience to hear my name called at “mail call” for the first time in the ten months that I had then been incarcerated. My two brothers quickly answered me, and let me know they were not holding anything against me. They both expressed their regret for where I was and why I was there, but they also both asked if they could do anything to help me.

God showed me that it might just be possible to receive forgiveness from others if I would just humbly ask.

Put your pride aside. 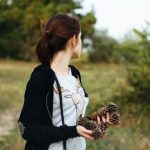 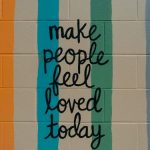 Be Kind and CompassionateDaily Devotional