“When the apostles in Jerusalem heard that Samaria had accepted the word of God, they sent Peter and John to Samaria. 15 When they arrived, they prayed for the new believers there that they might receive the Holy Spirit, 16 because the Holy Spirit had not yet come on any of them; they had simply been baptized in the name of the Lord Jesus. 17 Then Peter and John placed their hands on them, and they received the Holy Spirit.”

The Samaritans were treated as second-class citizens, and even worse, they were often viewed as common “dogs”. For word to come to Jerusalem that even the Samaritans had accepted the Gospel must have been quite a surprise to the disciples. Two of the early Church leaders, Peter and John, were sent to meet with them.

It must have been clear to the two from Jerusalem that the believers in Samaria had not yet been baptized with “power from on high” the way Peter, John and the others had been at Pentecost, so they prayed. They must have been asking the Father if this power was for everyone who truly believed, not just the Jews.

Learning that they had indeed been baptized into the Name of our Lord Jesus, Peter and John placed their hands upon them for the Samaritans to receive the second baptism of fire and power. Once again, they saw proof that God does not discriminate.

Tell the Father you want everything He has to give you. If you have not received this second baptism, ask Him. His powerful Spirit is for everyone who believes, and who desire more of the abundant life Jesus came to give us. 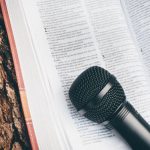 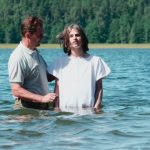