“The LORD came and stood there, calling as at the other times, ‘Samuel! Samuel!’ Then Samuel said, ‘Speak, for your servant is listening.’ 11 And the LORD said to Samuel: ‘See, I am about to do something in Israel that will make the ears of everyone who hears about it tingle.’”

Samuel was a very young boy in service to the priest Eli. We learn in 1 Samuel 3:7, that Samuel did not yet know the Lord, and the Word of the Lord had not yet been revealed to him.

While Samuel was lying down, and Eli had already gone to bed, Samuel hears a voice calling his name. Three times this happens and each time when he goes to Eli, he was told that it wasn’t Eli calling him. The third time, Eli tells him it must be God, and instructs him how to answer if it happens again.

This time, the Lord actually appeared in a visitation to Samuel, and Samuel responded as instructed, “Speak, for your servant is listening.” The Lord shares important future events with him for the first time, and Samuel goes on to be one of the foremost of God’s prophets who was instrumental in the crowning of Israel’s first two Kings, Saul and David.

We can learn a few things from this short story. Many times I think the Lord tries to speak with us through His Holy Spirit, but we do not recognize His voice. We must put aside the distractions of life and listen for His voice. God is wanting to do dramatic things in our lives, one day at a time, if we will only listen and obey.

Tell the Father you will try to set aside distractions so you can better hear His voice. Allow the Holy Spirit to lead you today, and be obedient to His call. 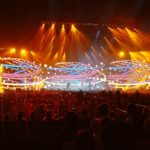 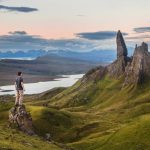 Obedience is Better than SacrificeDaily Devotional